Tour du Rwanda: its cobbles, its climbs and its champions

While the cobble stones of the “Hell of the North” are legendary in European cycling, those of the “Wall of Kigali” are on their way to achieving similar status in Africa. This year, they spiced up the queen stage of the ninth edition of the Tour du Rwanda. After six stages and 698 kilometers.

The main roads of Rwanda are in great shape, but it is not for nothing that the country is known as “the land of the thousand hills.” It’s a relentless uphill-downhill sequence. To put it bluntly, as Sven Krauß, Sports Director of the German team Bike Aid, said: “It was just really hard for all of the riders.” Krauß is a former pro who has ridden the Tour de France. He knows what he’s talking about.

While the majority of the European peloton was in the midst of its off-season, the most prestigious race of African cycling kicked off on 12 November from Amahoro Stadium, Kigali. The rainy season provides pleasant temperatures of 26°C at this time of year, and the teams were ready for a challenging seven stages of racing.

Until 2008, the Tour du Rwanda was a regional cycling race. It brought together Rwandans but also riders from neighboring countries like Burundi, Tanzania and Uganda. Since obtaining UCI status in 2009, it has become more and more international, and is now one of the most famous cycling events on the African continent.

Expectations were high for Rwandan domination. But there were riders from other countries who hadn’t shown up just to shake hands with the winner. One of them was a certain Nico Holler, fresh from his victory at the Tour du Cameroon. The experienced climbing specialist from Germany led Bike Aid‘s roster in the quest this year‘s Tour du Rwanda as the team captain.
When it comes to the Rwandan riders, Jean Bosco Nsengimana was one of the hot contenders for victory. For the rather shy member of the Rwandan national team it was almost a matter of honor to win the race a second time after 2015: “I have not stopped dreaming. I have that goal in mind and I believe that we can achieve it as a team.” Having worked as a bicycle taxi driver for years Bosco was more than familiar with the climbs, steep roads and doglegs along the route.

The history of contemporary Rwandan cycling started in 2006, and since then has become more and more professional. In 2016, Adrien Niyonshuti became the first Rwandan rider in the UCI WorldTour. While the bike is still perceived first and foremost as a means of transport for simple people, when it comes to racing, it‘s a whole different story. Hundreds and thousands of spectators along the Tour du Rwanda race route cheered their heroes every day. During the circuit in Kigali, the numbers increased to more than a million.
Following its first successful chapter, the Tour of Rwanda will turn a page next year, set to move to an August time slot in 2018, before upgrading its status to 2.1 from 2019.

Finally, to the delight of the local crowd, it was a Rwandan who claimed victory this month at the end of the seven stages. Joseph Areruya, riding for the South African team Dimension Data for Qhubeka took the honors in front of his team mate Eyob Metkel (Eritrea) and the Kenyan Suleiman Kangangi riding for Bike-Aid. Jean Bosco Nsengimana finished fourth. 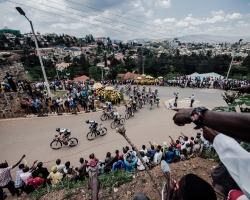 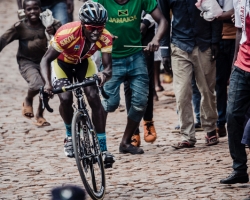 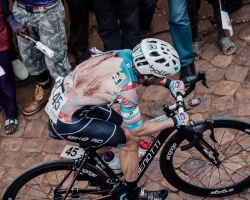 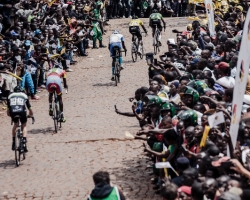 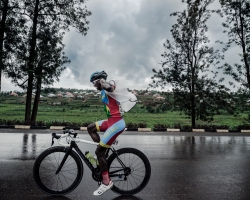 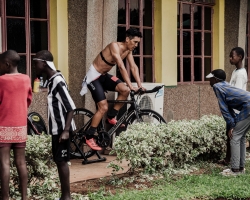 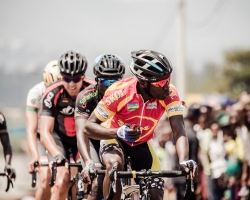 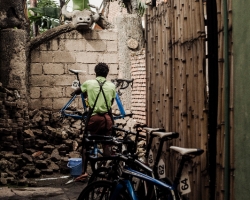 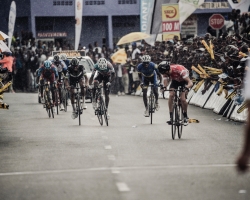 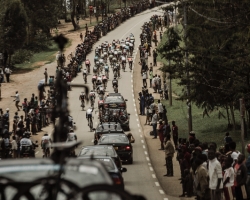 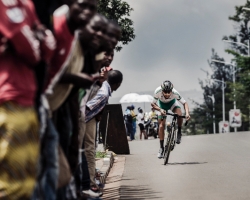 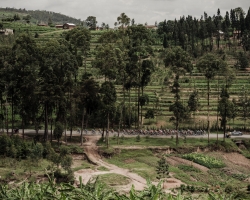 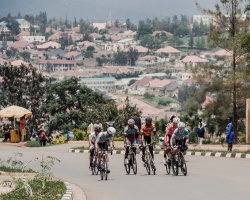 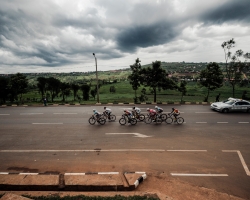 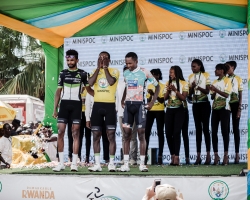