In the photo series “Mother” photographed Nils Laengner single mothers with their children. As part of a university project, with the theme, ‘iconography’, Nils searched for the ‘everyday icons’.

In today’s parlance, there are style, pop and media icons. Boris Becker is a tennis icon and Farah Fawcett Women’s icon of the seventies. And who does not know the bodybuilding icon Arnold Schwarzenegger? Icons appear almost like a companion glamorous reality.The real meaning is quite different: In Greek the word icon means “picture” or “image”. The images of Saints had originally a great spiritual significance. The purpose of the icons is to awaken awe and to be an existential connection between the viewer and the sitter. They are neither art nor decoration.

But what about everyday icons? Do they exist? And who is among them?
Nils Laengner was inspired by the icons of the Virgin Mary, of the Middle Ages. Many iconographic types show Mary and her son Jesus, but without her husband. For the European culture they developed over the centuries into a ,over all mother ‘. Many people forget that she had huge difficulties in her cultural area.
Nils Laengner concern was to represent single mothers as strong characters. With respect for these women and their work. Christian symbolism or any kind of exclusion were far from what he wants to show. Women of different cultures and social backgrounds can be seen on this ongoing project.
It was Nils Laengner solely to show the relationship between mother and child.
Due to the positive response shown by the mothers and because of the social relevance (Note: Even today, single parents tend to feel overwhelmed and too heavily loaded).

Nils Laengner will continue to work on the project. 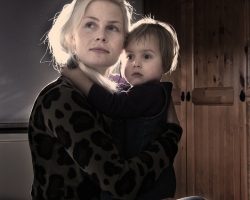 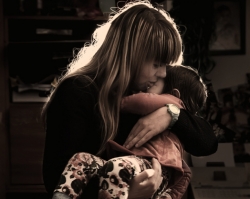 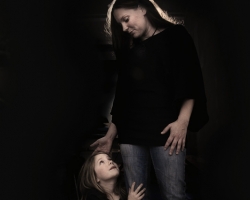 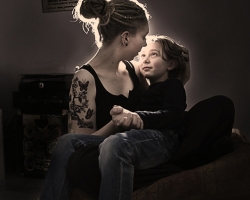 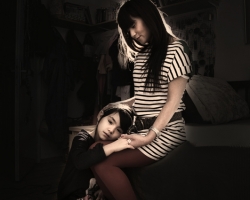 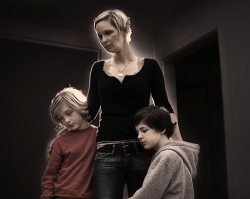 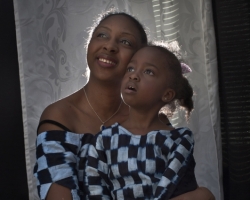